Ask anyone how the Allies won the Second World War. Those with very little knowledge might answer that it was our numbers or generalship. Those without any knowledge might point to techno-marvels like radar or the atom bomb. Anyone with the most rudimentary understanding of that conflict will give you three real reasons: first, the ability to manufacture more materiel: more bullets, beans, and bandages than the enemy; second, the natural resources available to manufacture that materiel; and third, the logistical means to not only transport those resources to the factories, but also to transport the finish products our to the front lines. The Allies had the resources, industry, and logistics of an entire planet. The Axis, on the other hand, hand to depend on what scan assets they could scrape up within their borders.

When we think about war we often imagine the combat taking place on the front lines but just as important is the infrastructure that gets the soldiers there and supports them after they arrive.

I got to experience this first hand when I worked at the 87th Mission Support Group at Joint Base McGuire Dix Lakehurst in New Jersey. The Mission Support Group consists of six squadrons, each with a important role that supports the base as a whole: the Communications Squadron enables personnel to communicate with each other, the Security Forces Squadron keeps the base secure, the Mission Support Squadron handles personnel administration, the Logistics Readiness Squadron keeps the vehicles running and the planes fueled, the Contracting Squadron ensures contracts are awarded on time and without issue, and the Civil Engineering Squadron oversees the facilities. Without any one of these or a dozen other units on base the pilots would not be able to fly and the planes would not be where there they need to be.

Similarly, to have a successful software business it’s not enough to simply crank out code. You need to have fast servers, excellent marketing, helpful support, solid documentation, a clean, intuitive design, and a whole lot else. Like the squadrons in the Mission Support Group, these are not what you normally think of but they are critical nonetheless.

It may be worth thinking about what the key support elements of your business or life are that enable you to do what you do. Are you giving them the attention they deserve? Is there anything that you could be doing better? 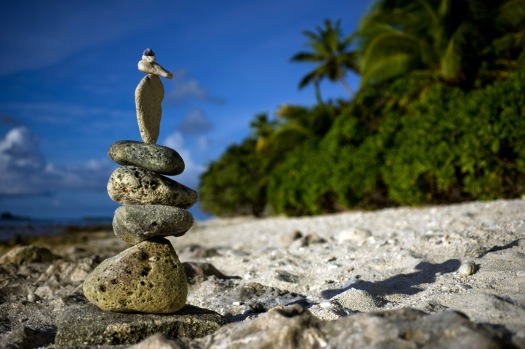 Hey there! I’m the founder of Preceden, a web-based timeline maker, and the data lead at Help Scout, a company that makes customer support tools. I also built Lean Domain Search and many other software products over the years.