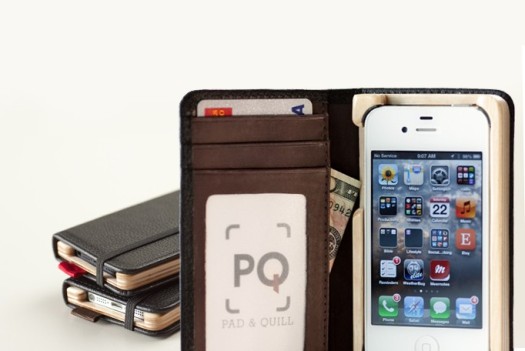 At the July Orlando Tech meetup I was talking to a local developer and at the end of the conversation he pulled out this strange looking iPhone case/wallet in order to grab a card for me. I asked him what it was and he said it was made by a Minneapolis-based company called Pad and Quill and that I could find it online if I Googled for the company name.

I found the case online the next day and ordered one for myself for $59.99. The case is called The Little Pocket Book and in addition to making iPhone cases Pad and Quill also makes cases for the iPod, iPad and several other devices. I went with mahogany brown for the cover and deep sea blue for the interior cover.

I’ve been using it for a little over a week and overall I have been very happy with it. I normally carry around my keys, my wallet, and my iPhone but with the Pad and Quill case I now just carry it and my keys, freeing up a lot of pocket space. 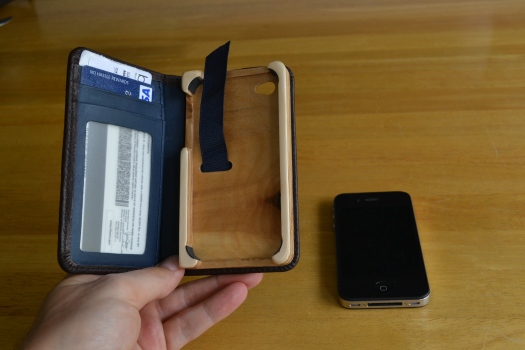 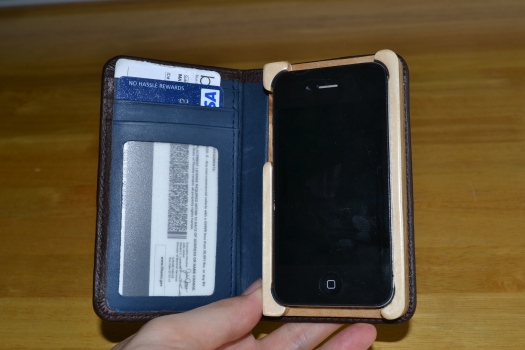 There is a strap on the back that holds it together whenever you need to carry it around: 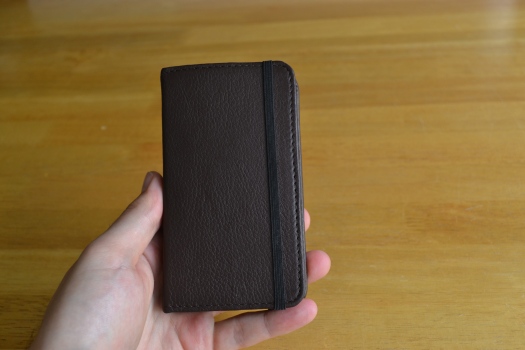 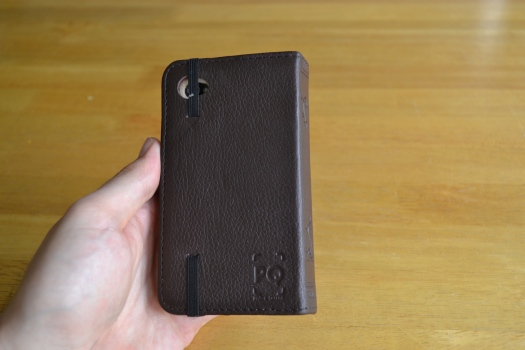 One of the major adjustments for me was that you can’t carry around the same number of things that you would in a normal wallet. I had to get rid of all of the non-essentials so that now I just carry around my insurance card, my credit card, my driver’s license, and a small amount of cash. Even with just those items, the front cover does not sit flat without the strap to keep it tightly bound together: 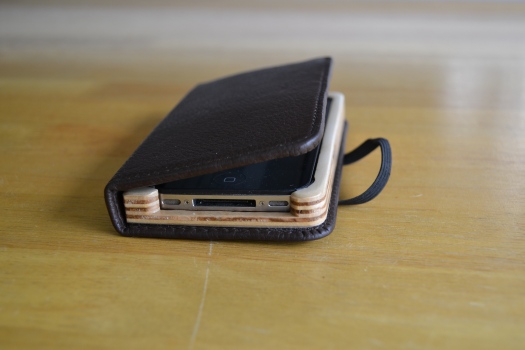 I originally expected to keep the iPhone in the Pad and Quill case whenever I needed to talk on the phone, but I’ve found it cumbersome so I usually take it out whenever I need to make or answer a call. Fortunately, there is a built in ribbon that you can leave hanging out so that it’s easy to extract your iPhone whenever you need to use it. 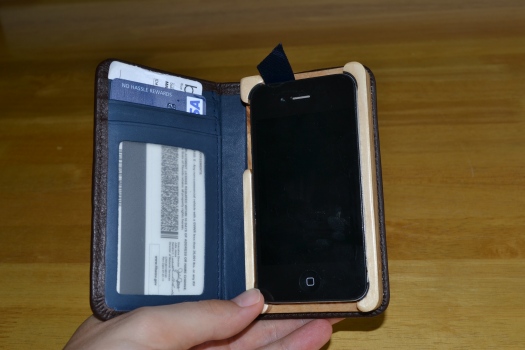 If you’re looking for a new wallet or phone case, it’s definitely worth checking out.